Our Own LIVE On-Air Personalities...

Worked as an intern at WMEX and WCOP in the Boston radio market in the early 60’s.  He is a graduate of Columbia Broadcasting School, University Of Maryland and while serving in the U.S. Army was assigned to work as an on-air personality for Armed Forces and Radio and Television Service. He organized and ran the Leominster Summer Concert series for 5 years and is now the station manager for WLPZ 95.1  He Is a former member of the well- known band “The Western Starliters” and was the founding member and manager  of the “ Golden Road Band “ and has been performing in the area for many years as both a DJ and a musician. ” The Western Starliters ” had opened for several national artists such as Charlie Pride and Dotty West. He plays guitar when he can and enjoys spending time with his family and has several hobbies. 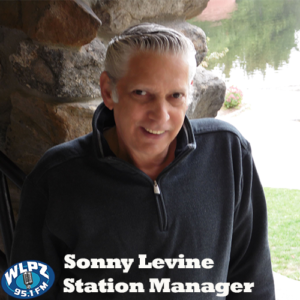 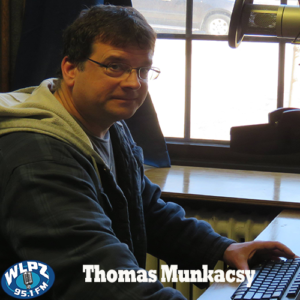 His travels have taken him from east (WSTW, WNRK, WXDR) to west (KSKA, KGOT, APRN, the Alaska Radio Service) to settling down in New England (WWSS, WLPZ).

He currently works full time in IT in Boston. He stays busy ferrying his kids to Lunenburg Soccer games and LHS marching band events.  He is also the host of “Leominster Uncommon” on WLPZ

Born and raised in Leominster.
Mary Ellen Received her BS Degree in Secondary Education English from Fitchburg State College and her MA Degree in
ESL/Bilingual Education from The University of Texas.
Mary Ellen taught high school in Dallas, Texas and with the Dept. Of Defense in Vilseck and Stuttgart, Germany, Seoul, South Korea, and Yokota, Japan.
Her hobbies include creative writing, music, photography,
travel, reading, and Cooking.
Mary Ellen is excited to be a part of the WLPZ Family. 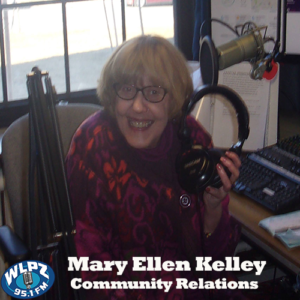 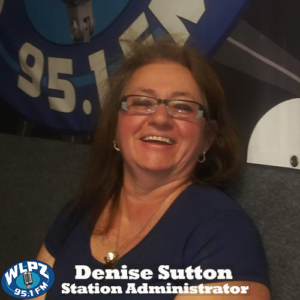 Born and raised in Massachusetts,
Have 3 children, 2 grandsons.  Been a widow for 3 years.
My husband loved music and this is why I got involved with WLPZ 95.1 FM.
Been in the medical field for over 40 years.
I love helping people.
I love being around my family and friends.
Love going out dancing and listening to music. 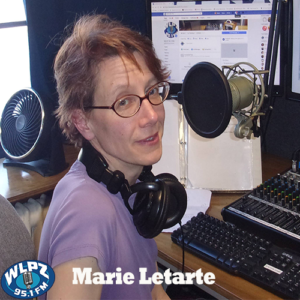 Marie recently rediscovered a love of all types of music after living in a cave for 20 years.  You can sometimes find Marie dancing in her kitchen like no one is watching and singing loudly in her car, praying that no one is listening.  She is having fun!

Johnny G is a musician/artist from Leominster, MA, who has been playing concerts, clubs, and festivals for the last 50 years, as well as street singing in Spain, Scotland, England and France.   He specializes in charcoal portraits, pen, and ink and still life.

He has shared the stage with many well know artist such as Hank Williams Jr. NRBQ, Carl Perkins, Arlo Guthrie, Orleans, and countless others.  From his personal archives of recorded music, he brings an electric mix of Rockabilly, Bluegrass and Folk to the PEZ every Wednesday night from 8-11, focusing on a theme or an album with “SPOTLITE ON THE OLE BACK FORTY” 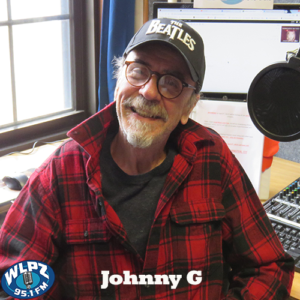 Every Wednesday night from 8-11, focusing on a theme or an album with “SPOTLITE ON THE OLE BACK FORTY” 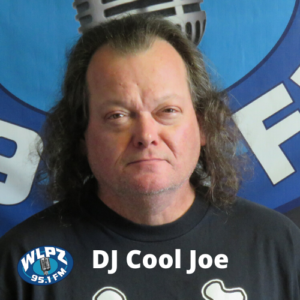 David aka “Cool Joe’ is happy to be back rockin the mike after a few years of absence. This time though playing Rock and Roll instead of telling Police, Fire, and EMS where to go. After 25 years of public service helping keep suburban chaos in check it’s time to Rock.

Garrett is from Lunenburg. After graduating from UMass Amherst,
he came home to help run the family dairy farm.

He’s here to find out if radio broadcasting is anything like driving a tractor. He currently lives in Fitchburg with his wonderful wife, his two young kids, and his old cat and dog.

His favorite pastimes are watching sports, playing fantasy sports, poker, and converting his kids into Beatles fans (so far, so good).

Yoga Anita is an author, teacher, podcaster, and yoga and meditation instructor with over 44 years in the health and fitness field. She has been recognized nationally and internationally as a leader in her field. Ms. Perry is the author of Yogaminute and Yoga Wisdom-Reflections of a Practicing Yogi and online yoga video courses. Ms. Perry was voted Best Yoga and Meditation Instructor two years in a row and has been profiled in over 100 publications and podcasts.

Andi is originally from Brazil. She’s been living in Massachusetts since 1995, which makes her practically a bostonian but with a Brazilian accent. She’s vegan for almost 10 years. She works as a Hairstylist and she also volunteers as a WLPZ host since April 2020. You can listen to her Jazz, Blues and Brazilian Music Time every Wednesday from 4 to 6 PM. Her hobbies include working out, traveling, reading, trying different recipes and karaoke singing. She’s very organized, creative, resourceful and a great DIY.

Jonah Knight was a touring singer/songwriter for seven years, releasing nine albums about ghosts, monsters, space travel, and the supernatural.
He became a mainstay at sci-fi and comic cons throughout the mid-Atlantic, as a six-time musical guest of honor/featured musician.

He has been podcasting since 2007. His current show, Roll To Meddle, is an improv comedy long-form story inspired by The Golden Girls, Murder, She Wrote,
and the horror stories of H.P. Lovecraft.
Although Jonah received a degree in radio management back in 1998,
this is his first official radio show.

Born & raised in Lowell, MA, Zach moved to Leomoinster in 2020 and has fallen in love with the city and all it has to offer. Along with earning a Bachelor’s Degree in Sports Communication from Lasell University in 2014, Zach was a four-year member of Lasell College Radio, the university’s student-run radio station.

He served as news director and an on-air personality, earning him “Show of the Year” and “Staff Member of the Year” honors during his tenure. In his free time, Zach enjoys golfing and playing fetch with his Corgi, Derby.

Monday Thru Friday News Reports 9am, 12pm, and 6pm

DiNatale is also an adjunct professor at Emerson College where she teaches Radio Programming and Operations in the fall. DiNatale has an undergraduate degree in philosophy from Brandeis University. She has two master’s degrees, one from UConn in survey research and another from Emerson College in journalism.